The second Shogun, Hidetada Tokugawa, ordered a tea pot made from fine Shigaraki pottery, and it became to be used regularly by the Shogunate family at the Royal palace. Every year when the new tea leaf season came, the pot was packed with tea and brought to Edo city, which was the capital in the Edo era.
KOSHISHIRO CHATSUBO had strict specifications for the colors and shapes he wanted. It required an extremely high standard in workmanship to produce, and as legend has it, the tea pot was so difficult to make that only one piece out of a hundred could be presented. Only the most skilled craft worker could be designated to such a delicate task, and Isuke Ishino is on record as the only craftsman capable to make the product. 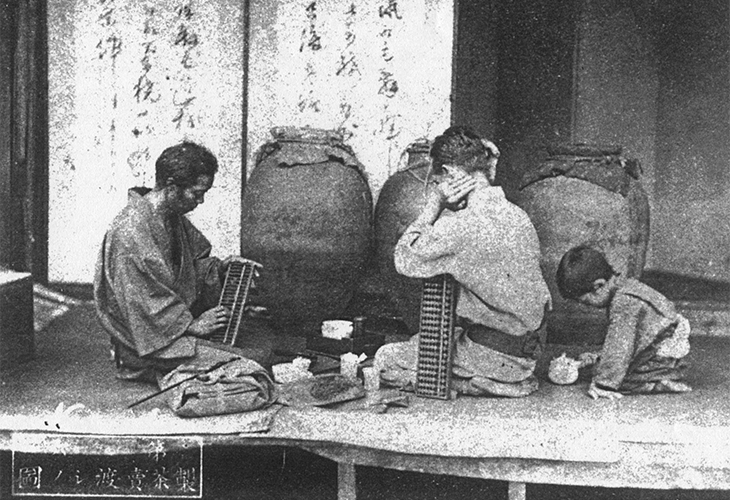 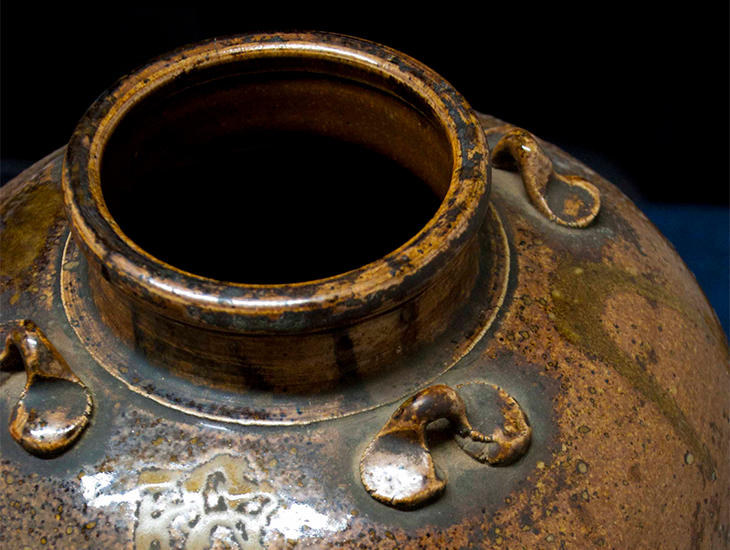 There are records that tell of a collection of dishes that were made in Shigaraki for the meal of the Korean correspondent’s officers. In the ancient document which was written in 1810 (in Bunka 7), Shigaraki potter, Ihei Ishino, got orders to produce more than three hundred items of high quality tableware. The document also illustrates the detail of the ordered products, such as precise dimensions, shapes and quantities. 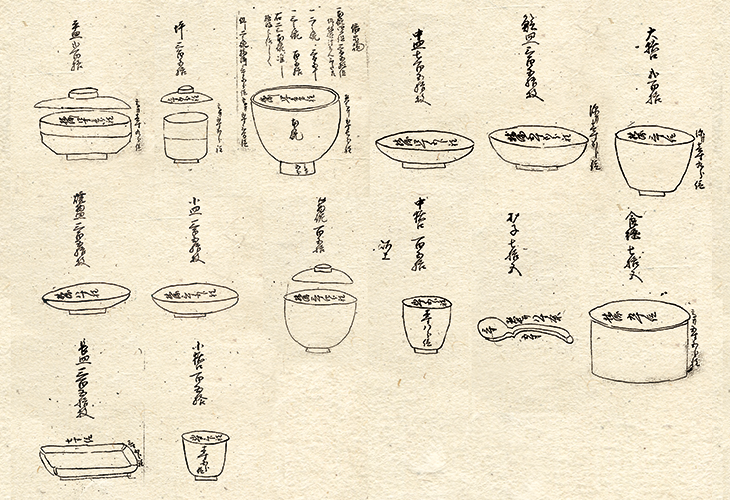 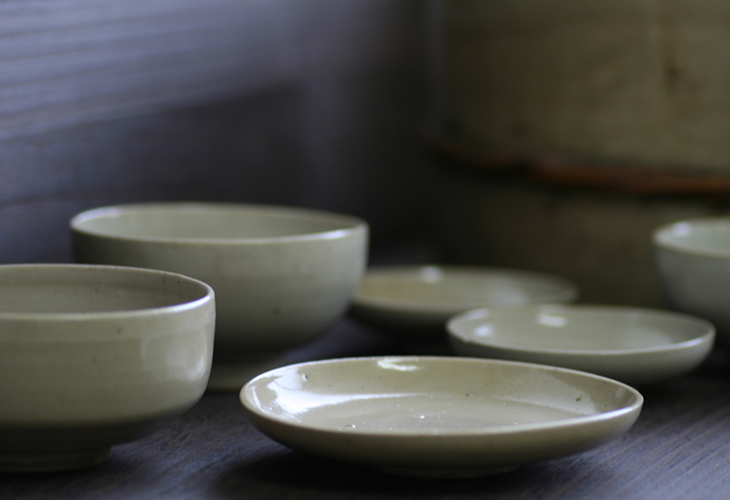 In order to enable the mass production of a NAMAKOYU HIBACHI (Japanese brazier made from ceramic pottery) that was very popular in the Taisho era (1912-1926), Satozo Ishino worked together with his colleagues to develop a “potter’s wheel machine” which used plaster molds.
After the war, Akira Ishino took over the business and began reconstruction efforts and business restoration.